Milano Musica was born with the aim to spread the knowledge and appreciation of that vast repertoire that constitutes twentieth century music, which represents the core to the very articulate selection that characterizes Festival programs.

Without excluding the masterpieces of the past, Milano Musica intends to propose those experiences that, from the historical masters of XX century, passing through the post-war experimentations up to the most recent works, have contributed to open new spaces to thought, musical and not, by re-thinking the relations between sound, space and time, and offering innovative perspectives. 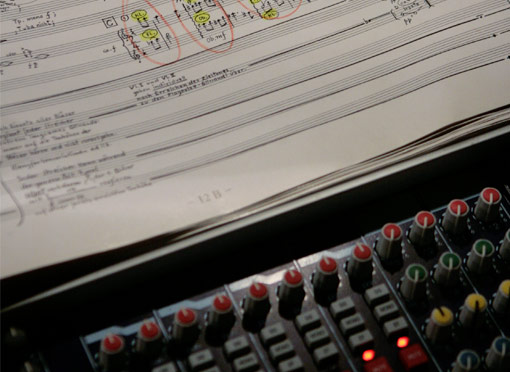 In 1990 a little group formed by Duilio Courir, Patrice Martinet and Luciana Pestalozza, with the support of public and private institutions, conceived and brought to life the “Boulez a Milano” Week, a portrait of one of contemporary music central figures.

In the wake of the success of such an initiative, in 1992 Milano Musica was officially born with the primal aim to create a contemporary music festival in Milan. In 1992 an articulate “Tribute to Donatoni” was organized in collaboration with the city principal institutions.

Since then Milano Musica has organized a Festival every year, alternating between monographic editions and more “general” ones, “New Paths in music” Festivals, proposing a wider and more differentiated selection of music and authors, so to present a global view of the musical phenomena including the most recent works of the young.

In 2009, the Festival structure was modified in order to have both a monographic section and a general “New Paths in music” running parallel in the same edition of Milano Musica Festival. All the concerts of the Festival are broadcast by RaiRadio3.

Since 2010, Milano Musica is the Italian representative for Music Fund and since 2011, is a member of the Réseau Varese.

In 2013, the 22nd of november the new "Association Friends of Milano Musica" has been founded, with the partecipation of those who share the same passion that have been at the heart of Luciana Pestalozza's life. The future activities will be addressed to support the composers, thanks to new commissions and a special "Fund for the new music" in memory of Luciana Pestalozza.

If you not change browser settings, you agree to it. Learn more